Have your cameras at the ready when you go to Trinity River in east Texas, because the wildlife sightings won’t disappoint you.  This Red-tailed hawk flapped up from the roadside within two seconds of our entering the Trinity River Wildlife Refuge and perched in a nearby Catalpa tree while we paused to admire it. We often found the biggest challenge was choosing where to look as there was so much happening simultaneously! We drove down and parked by the dock, then walked out over the water on a sturdy pier. Great swirls and commotions in the water marked the presence of large fish, there are Alligator Gars in the Trinity, lighter ‘plops’ were emitted by rapid submergence of turtles and in the background came the bass ‘squeezebox’ calls of the bull frogs. Glorious. A great spot for a Wild Open Eye ‘wild places’ feature.

This park offers great sightings of wild flowers, insects, birds and reptiles. We were hoping to see ‘gators and turtles. We walked the short woodland trail to the wild flower garden and there saw a slim green snake (non-venomous) basking on the concrete path. Reptiles are cold-blooded creatures (ectothermic), they cannot produce their own body heat and must warm themselves up in the sunshine in order to be active for hunting, mating and evading predators. 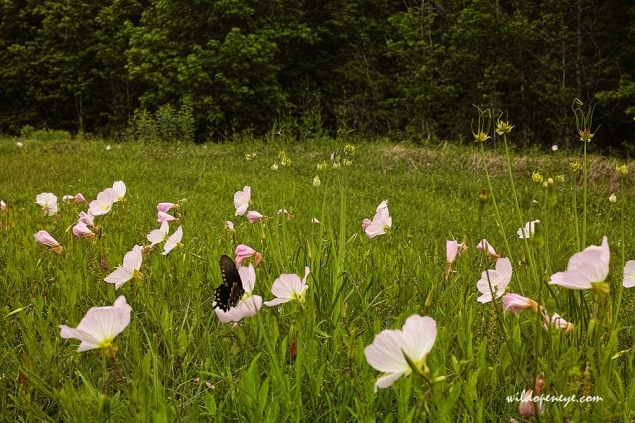 Walking away from the pier we passed some fishermen who were trying their luck in the rich waters of the river. We wished them well and continued along towards the levee for a short distance. There we spotted a Night heron fishing at a ‘honey hole’. 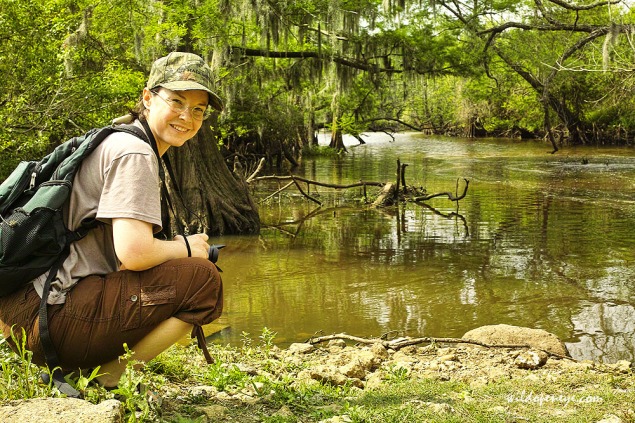 Water flowing through a culvert at this ‘Honey hole’ (great fishing spot) stirs up nutrients loved by the minnows, that in turn draws the bigger predatory fish, herons and ‘gators. Sigma DS 2 Merrill

Thirty yards along the levee we spotted this Anhinga displaying nicely on a dead tree. Then on the other side of the levee we saw first one, and then a second great alligator, each was over ten feet long, both were lying partially submerged in the water. The largest, we guessed was a 12 footer. We sought out a closer position for our photography by returning back the way we had come and working our way out along a forested promontory, keeping a wary eye out for snakes as we did so.

We backtracked and then crept up quietly along a wooded spur to photograph the big alligators from a closer vantage point. Sigma DS 2 Merrill